Here you will find brief information about the history of our church and graveyard which is detailed more fully in published books.

East Kilbride Old Parish Church, located in the heart of the original village of East Kilbride, replaced an earlier ‘Kilbride’ church, dedicated to St Bride, of which there are records in the 1170s.

The present-day church was built by James Pollock in 1774-75, as can be seen on the engraved stone on the front of the building. 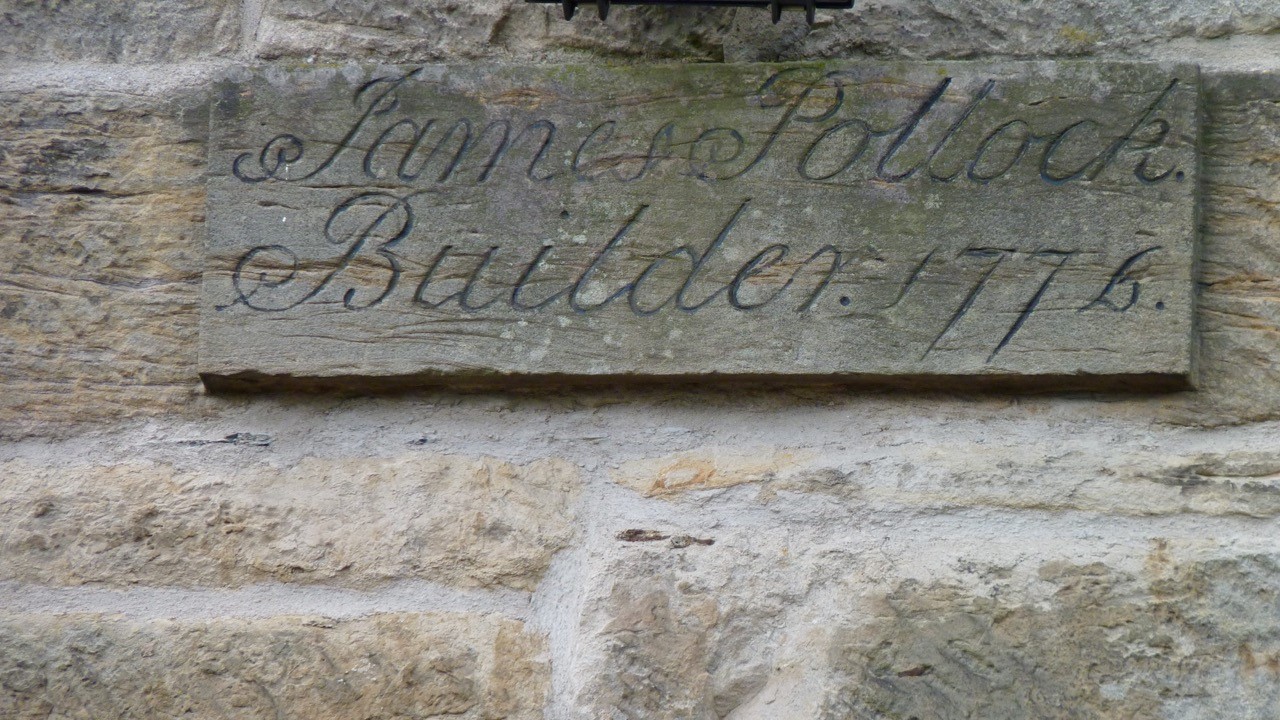 Just outside of the entrance gates is an old coaching inn and, serving both in the old days, the Loupin’ Stane, an aid to mounting a horse or cart. 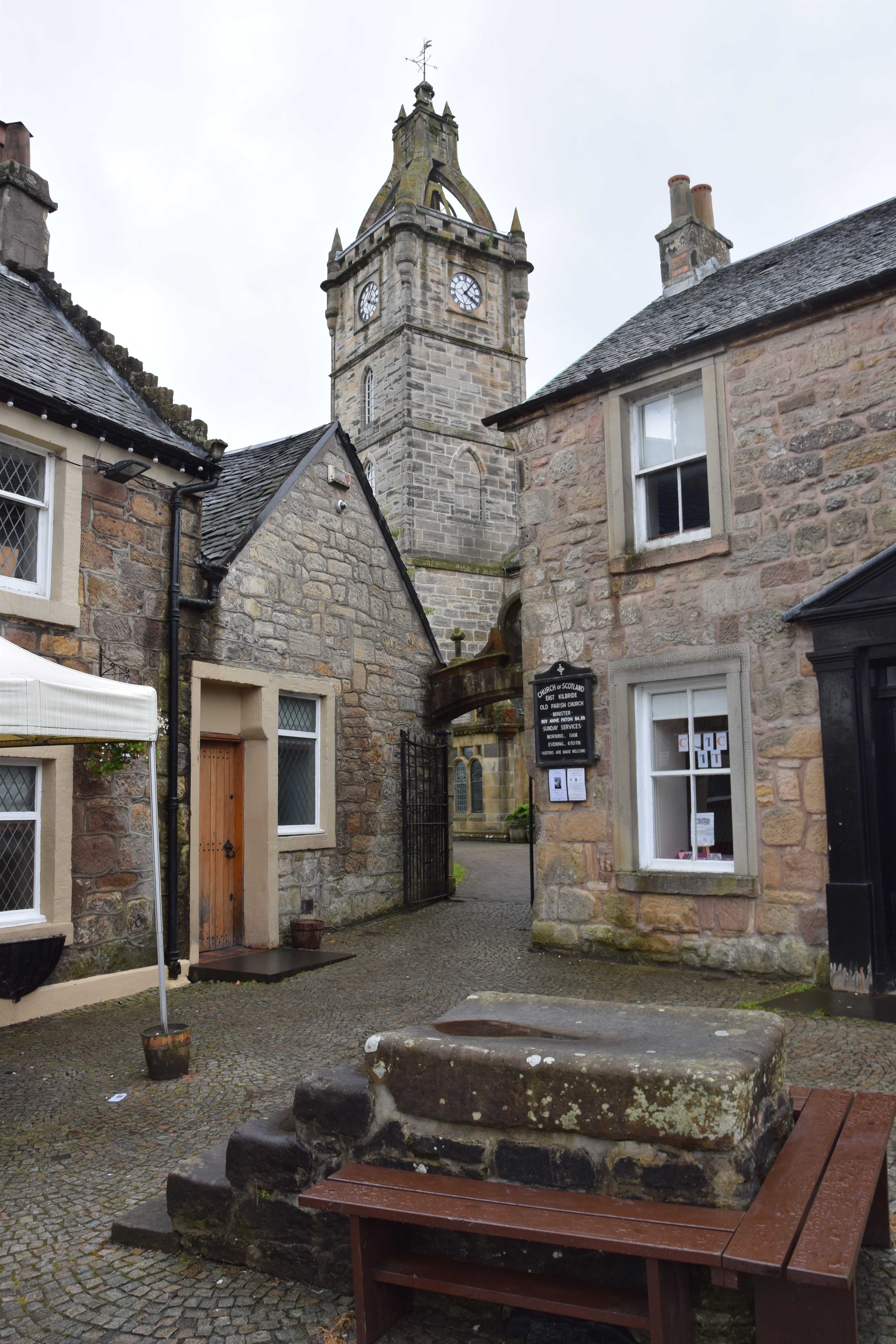 The church is a B-listed building, stone-built, with a highland slate roof, and a bell-tower topped with a Scotch Crown Belfry. The church bell was replaced more than once, the current bell being installed in 1881*. It is termed the ‘Hunner Pound Bell’ because of its cost, paid by public subscription.

* Apologies for previous error stating 1818. According to local historian, Bill Niven, in his 2002 book about the history of our church, a bell was indeed purchased in 1818 but it came adrift in 1879 and fell into the kirkyard. Perhaps weakened by this, it then cracked in 1881 when announcing the assassination of the Czar of Russia, and was replaced in the same year. 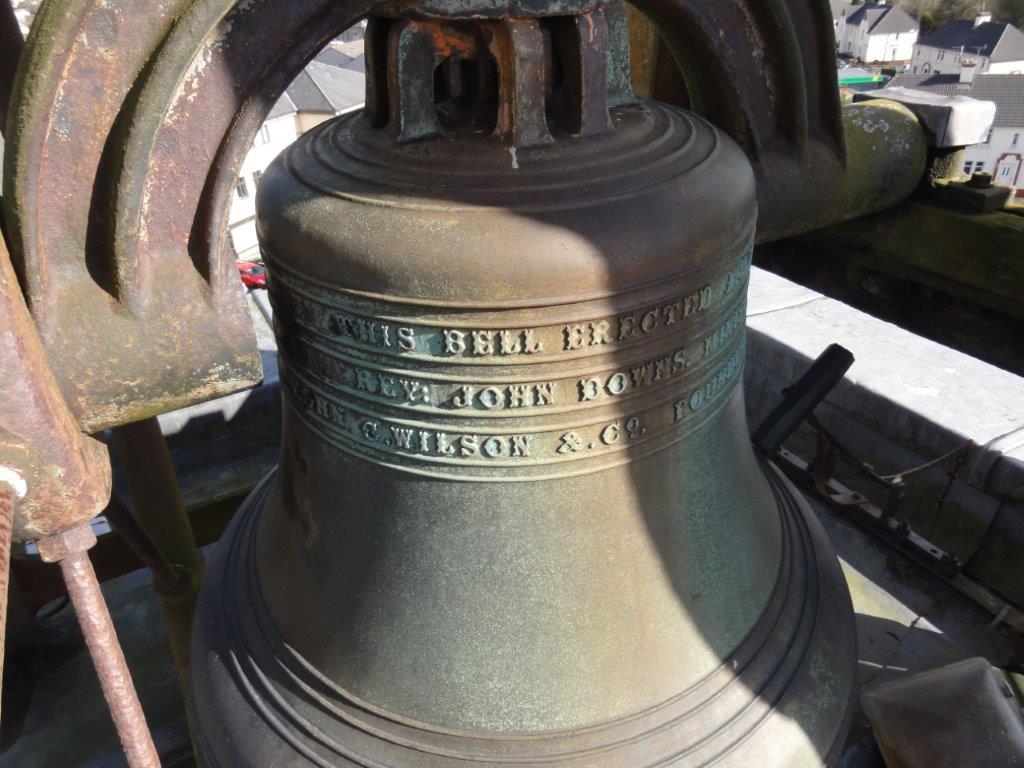 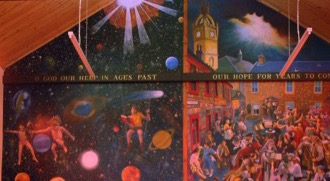 In the kirkyard is an 18th century mausoleum to the Stuarts of Torrance Castle (see ‘Graveyard’). 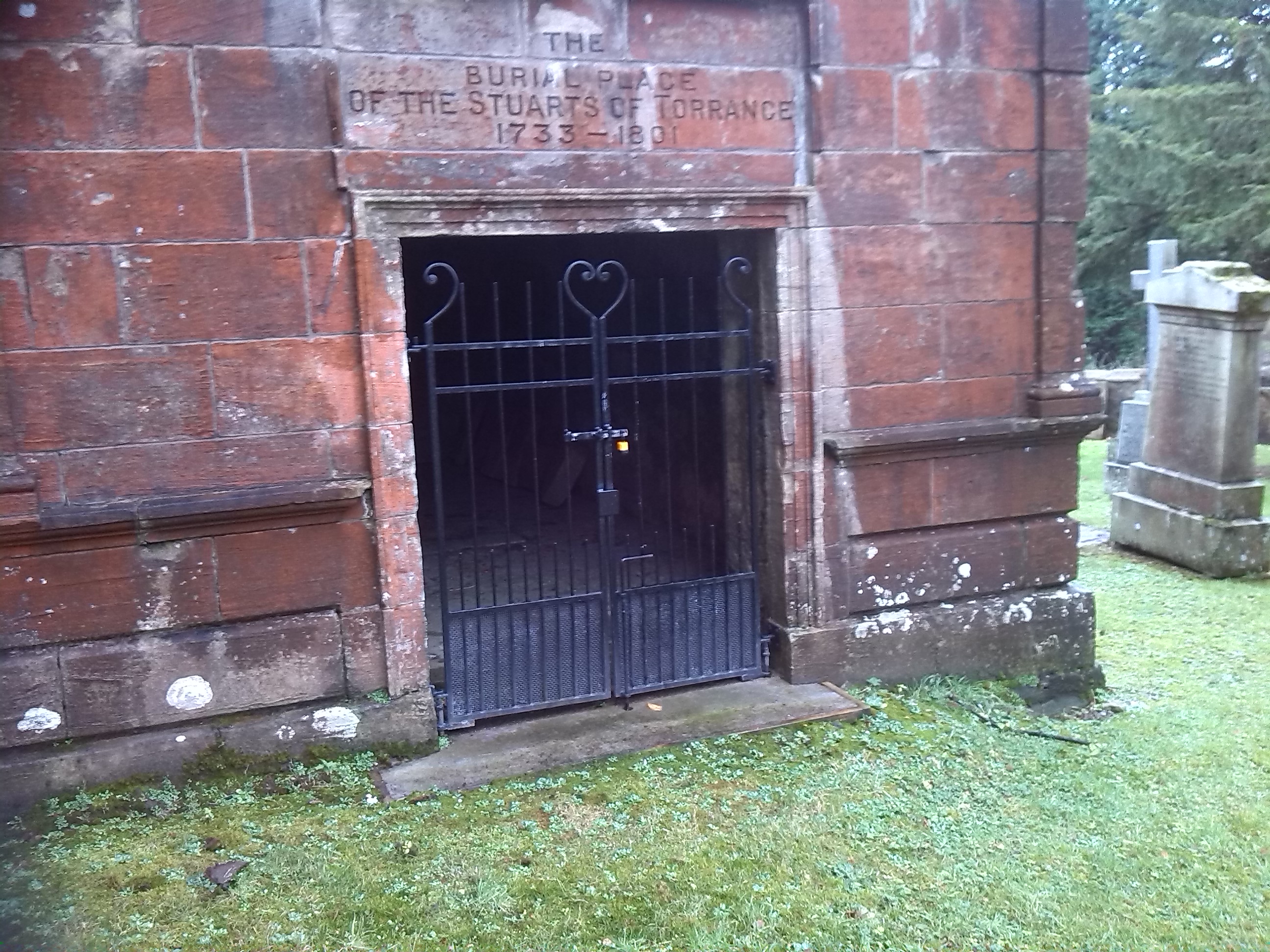 A new hall was built in 1974 in nearby Glebe Street. 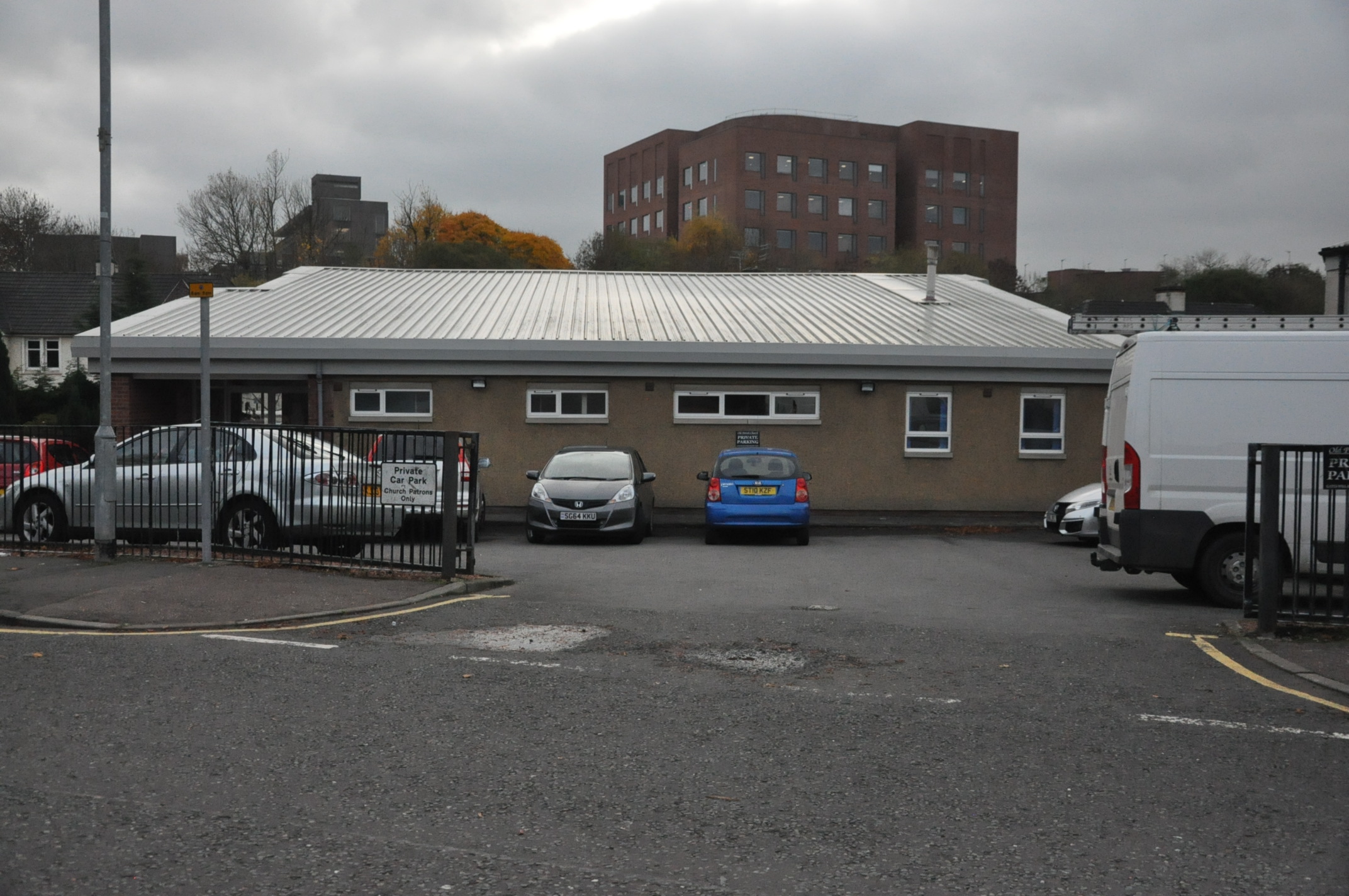 The new church vestry containing the War Memorial stone, was dedicated on 16/10/1921 after Sunday worship. The names of the First World War fallen are inscribed under an arch above the windows. A plaque at the side records the names of those lost in World War 2. Carved in stone right at the top, above the arch, and below the stone Cross are two ancient Christian symbols.

Below the Cross are the two letters Alpha and Omega. These are the first and last letters of the Greek alphabet. You have to look carefully, because the carver has intertwined the two letters, and given them some artistic curves and scrolls.

In the last book of the New Testament, Revelation, the writer imagines the Risen Lord as saying “I am the Alpha and Omega, the first and the last, the beginning and the end”. Ever since, these two letters have been used in Christian art, to remind us of our faith in God’s love revealed in Jesus Christ.

So, even before we enter the Church itself, we can look up and be reminded of the great central truths of Christian faith – carved in stone, yes, but also alive in our hearts and lives.

Our Iona Cross is a model of one of the great High Crosses of Iona, commonly called the St John's Cross. It stands in a base of green Iona marble, taken from the old Marble Quarry on Iona's south-east corner. Called Serpentine, this marble is among the oldest rocks on earth. Our Cross reminds us of our roots in the Christian Church in Scotland:

For centuries, the original stood outside the West Door of Iona Abbey Church, close to where the early Columban monastery is thought to have been situated. It blew down in a storm and a replica now stands in its place on the original stone base. The Cross itself is in the little museum to the East of the Abbey, and you can see how wonderful it is. It stands about 12 feet high, and is carved with intricate spiral designs. 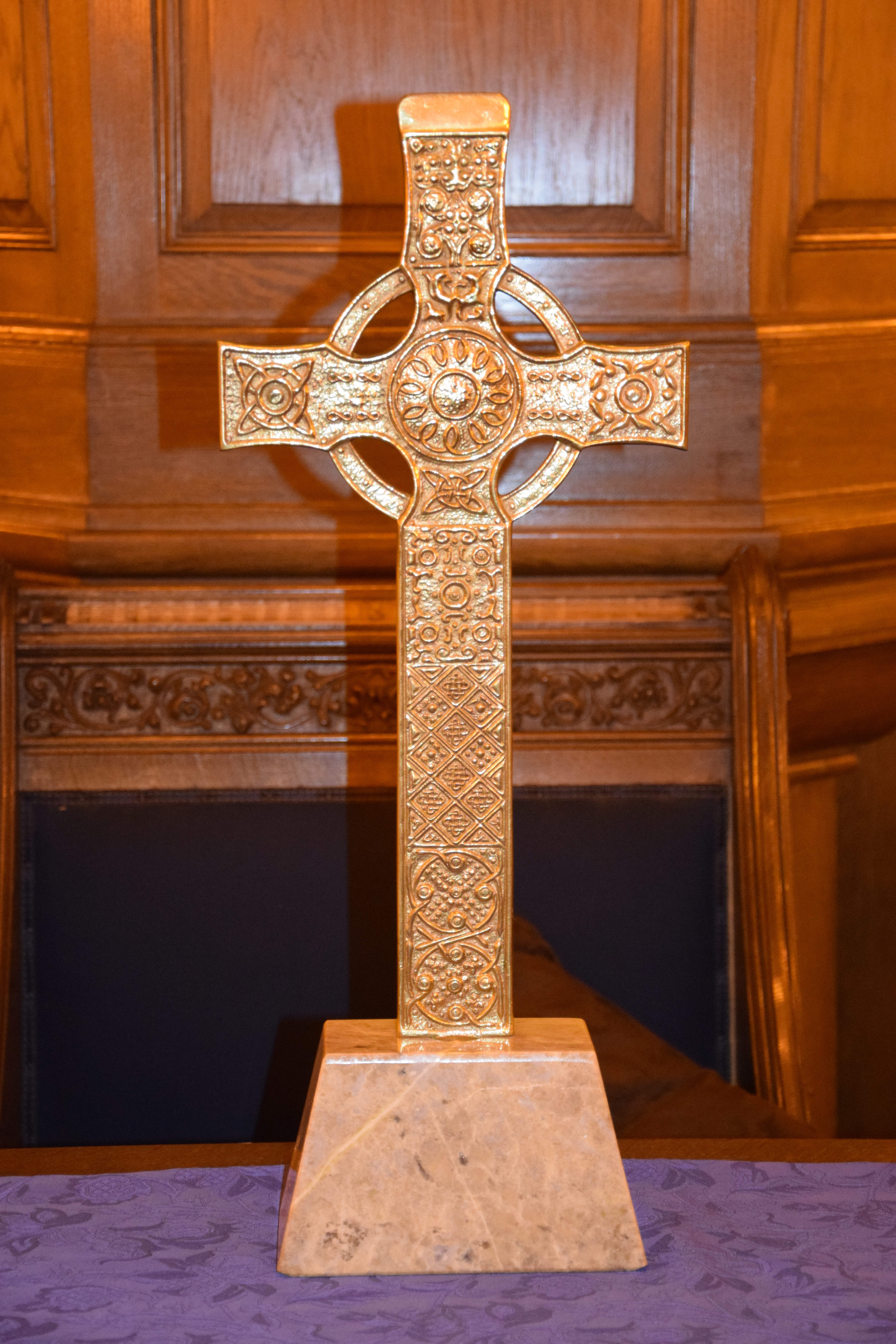 Not far away, still in its original position, is another of the great Crosses of Iona, called St Martin's Cross. It has figure scenes carved on it ¬ showing the Virgin and Child, Daniel in the Lions' Den, and Abraham's sacrifice of Isaac. These great Crosses date from around the middle of the 8th Century AD, some two hundred years after St Columba first came to Iona.

The church interior is on two levels. 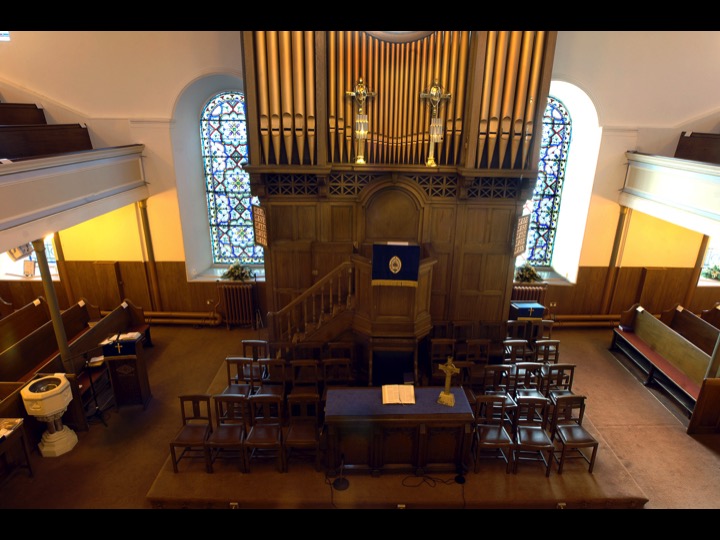 We have an index to the burial ground, which is owned and maintained by South Lanarkshire Council. In the past we have been able to assist families to locate graves, including a number of visitors from overseas. 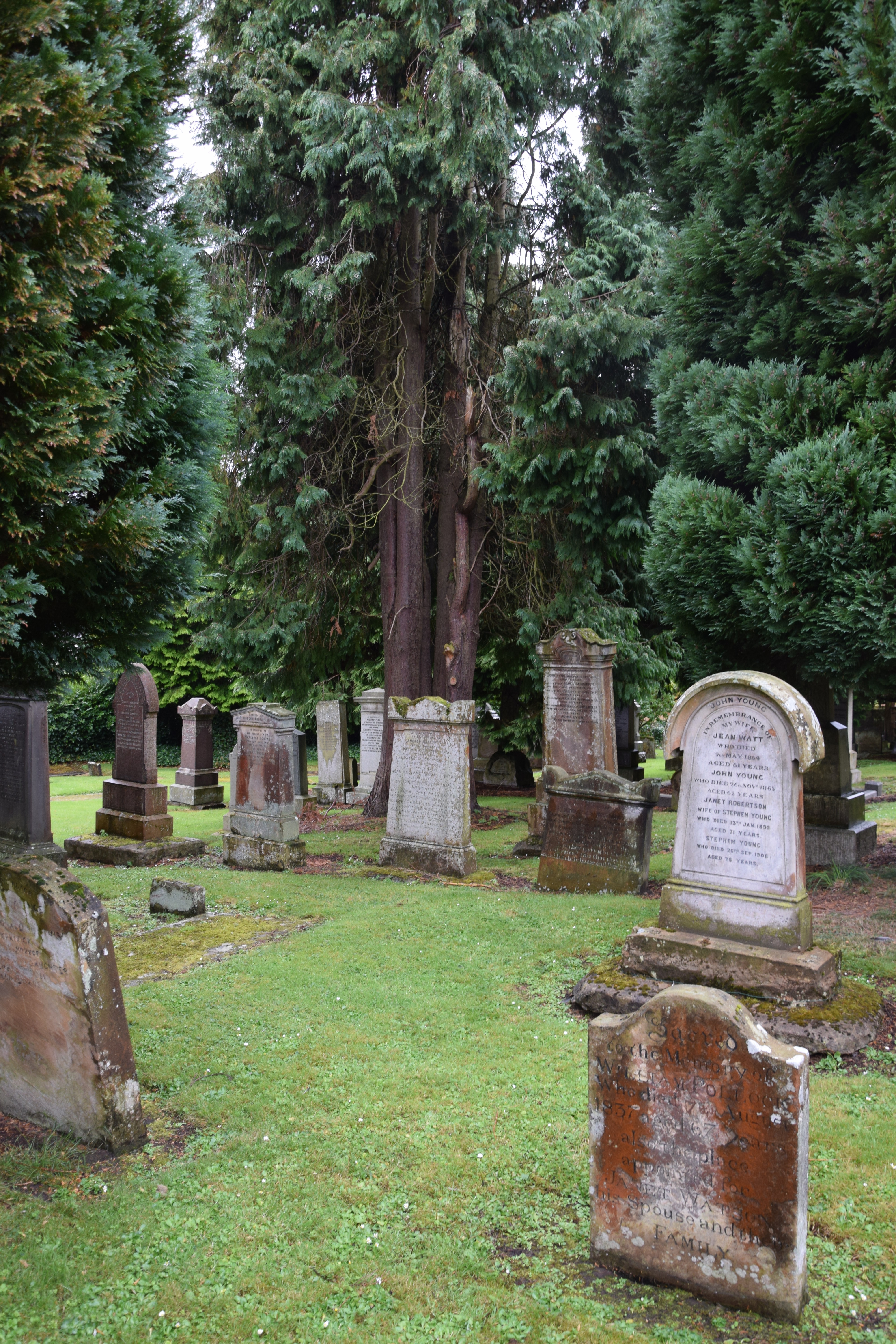 Ask about our Church ‘Doors Open Day’, when we also offer a very interesting tour of the graveyard with fascinating insights into the lives of past church members and locals, not to mention the intriguing ways of engraving and decorating gravestones.

Here are just a few of the interesting ‘stories from the stones’ to whet your appetite!:

• The original entrance was at the rear of the church, next to West Mains Road. Beside the original gates are the remains of a small building. This was used as a shelter for elders, and indeed the minister, who organized themselves to protect the graves against the Resurrections – people who were employed by anatomists during the 18th and 19th centuries to steal recently dead bodies from their graves.

• Records show that between 1875 and 1905 there were an average of over 50 burials a week, even though the population of the village was below 4000.

• The parents of the famous surgeons William and John Hunter and Rev James French, tutor of the young Walter Scott are among those buried here.

• Stuarts of Torrance Tomb House
Once an imposing building, all the Stuarts were buried here until the 1800s. There are no bodies here now as they have been removed and buried within their old land curtilage. Recently restored, the tomb now houses only the burial stones of dogs owned by the family. 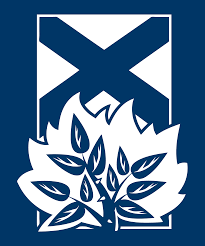